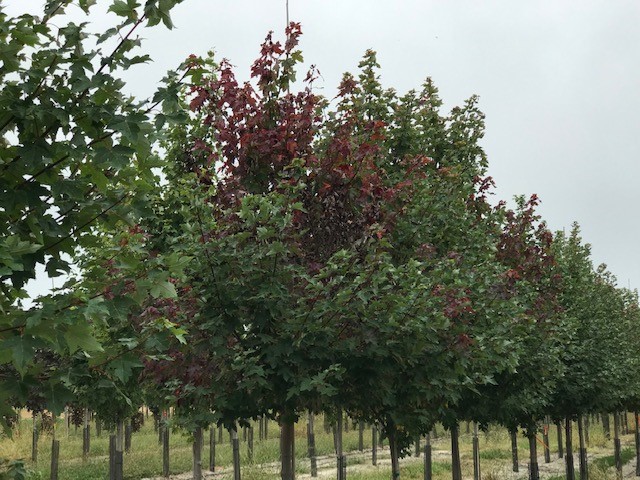 I received a call recently from Miguel Preza, the Integrated Pest Manager for a local nursery about the onset of early fall color. 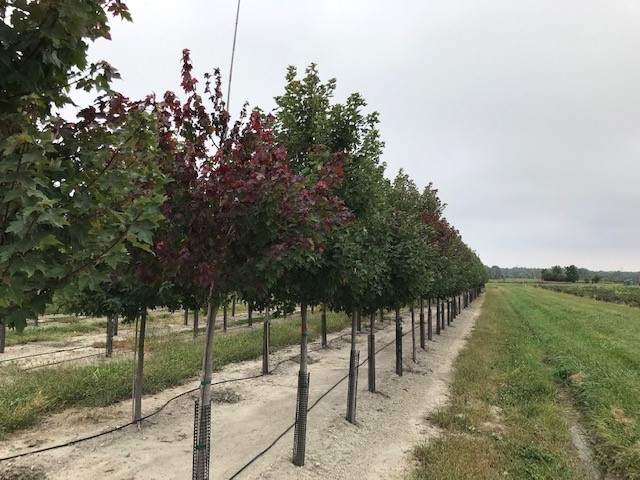 He said something very helpful, “If the tree or shrub looks different than the others, take a closer look. 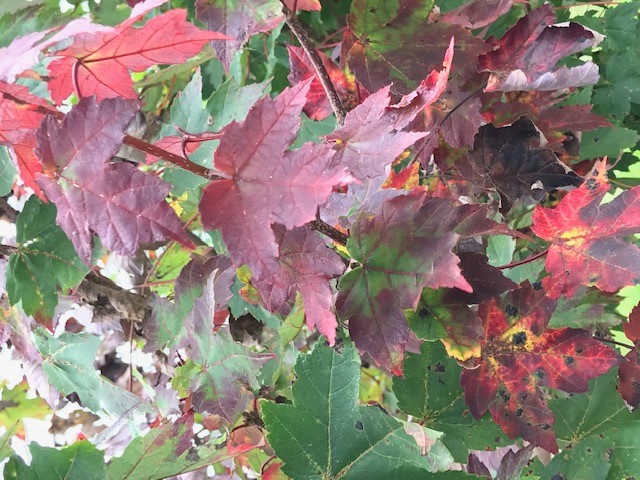 In a planting of red MaplesAcer rubrum,a couple of trees were showing fall color ahead of the others. On closer inspection, the trees in color were infested with oyster shell scale. 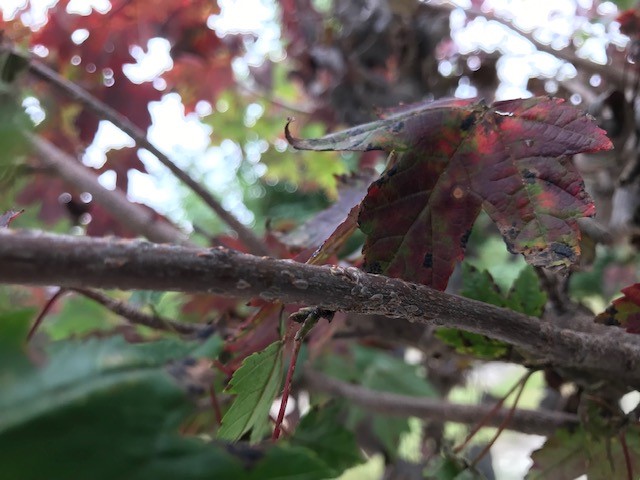 Oystershell scale is a common armored scale that can infest more than 100 plant species. Among the common hosts are lilac, ash, dogwood, maple, and willow. Males and females are about 1/10″ inch long and resemble oyster shells. 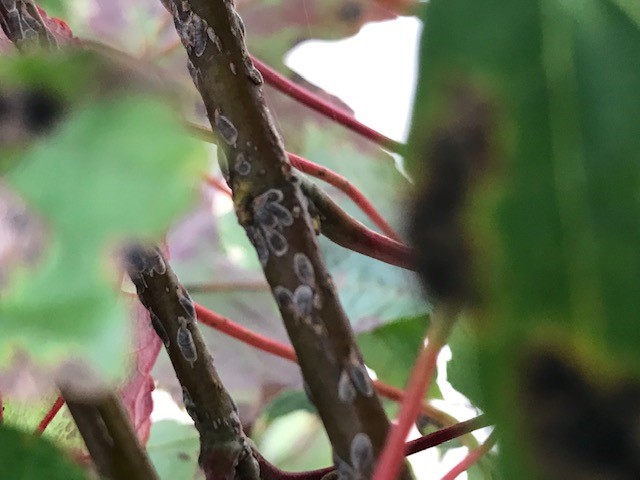 Their drab, bark-like appearance makes them easy to overlook, even on close inspection. Heavy infestations can kill twig or branches. 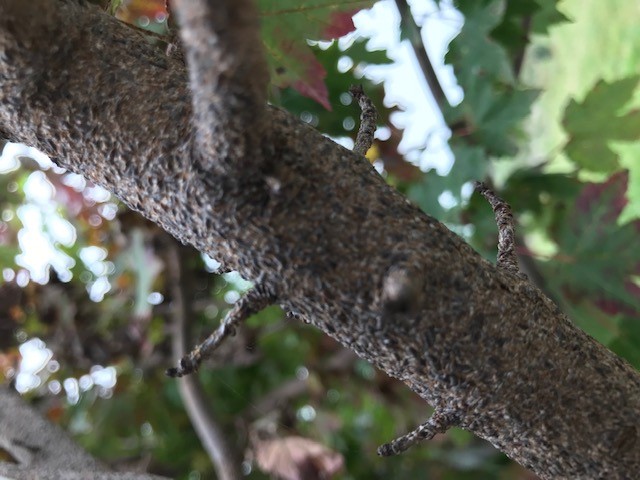 Oystershell scales overwinter as eggs under the waxy cover of the female. Eggs hatch in mid- to late April and the crawlers are active into early May. There is one generation each year.

In general, controls will be more effective if the scale population on a plant is first physically reduced by pruning out heavily infested and sickly branches. In some cases, large sized scales can be scrubbed off with a stiff brush. Horticultural oil sprays kill primarily by smothering, so they will be less effective against scales crowded together or occurring in layers the plant. 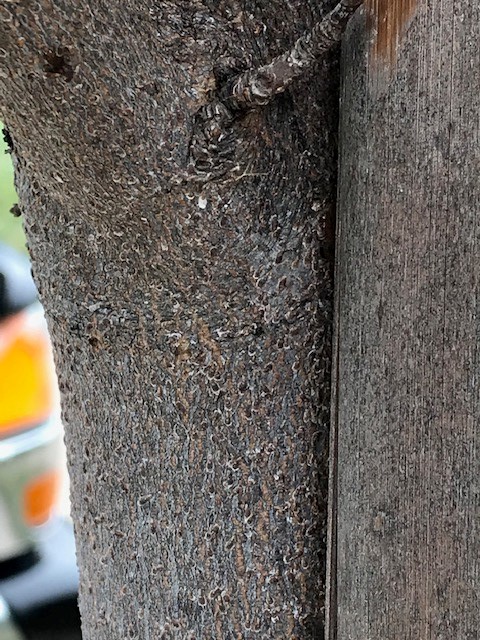 Insecticidal soaps provide a new alternative. They are very effective against both active and settled crawlers. Oils and soaps are safe to use and are especially good choices for sensitive areas, such as where people are present soon after treatment. Because of their short residual, they help to conserve beneficial species.

Scale control can be challenging and may need to be repeated over several seasons. This is due in part to the protection from contact insecticides provided by the waxy coverings over immobile, mature scales. 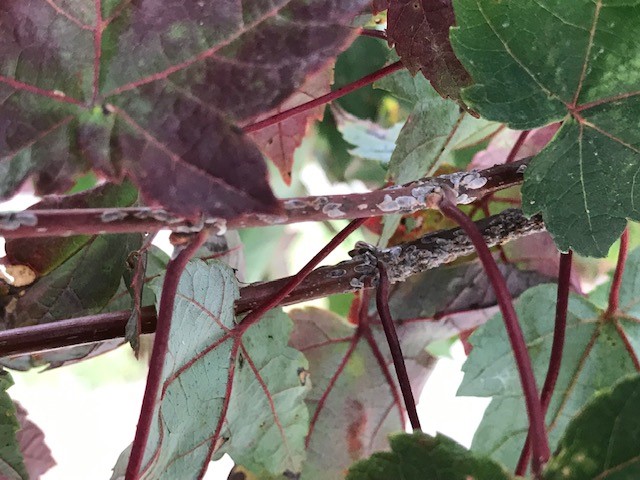 Proper timing of insecticide applications is a major key to success. Applications must target newly hatched scale crawlers which are active in June and July. Crawlers are very susceptible to control measures as they move over plant surfaces to find a feeding spot. Once settled on the plant, they begin to secrete a covering and are protected by it.

So look a little closer if you are seeing a plant act differently than you think it should. 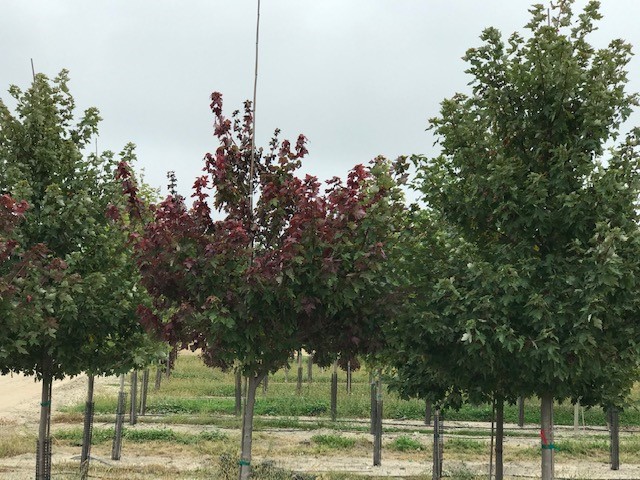