Skip to content
Friend and colleague, and, of course, garden expert, Ron Wilson shared this information from his site today. I don’t know about you, but we have bagworms on our spruce trees and now, thanks to Ron, I’m going out and do some scouting. 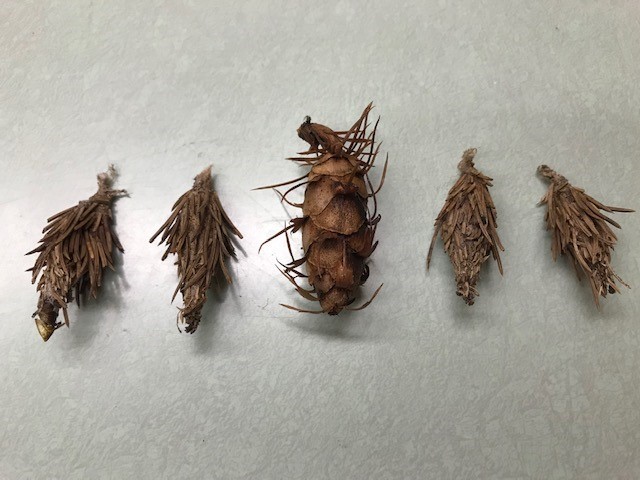 Ever drive by a tree and say to yourself, something doesn’t look right. 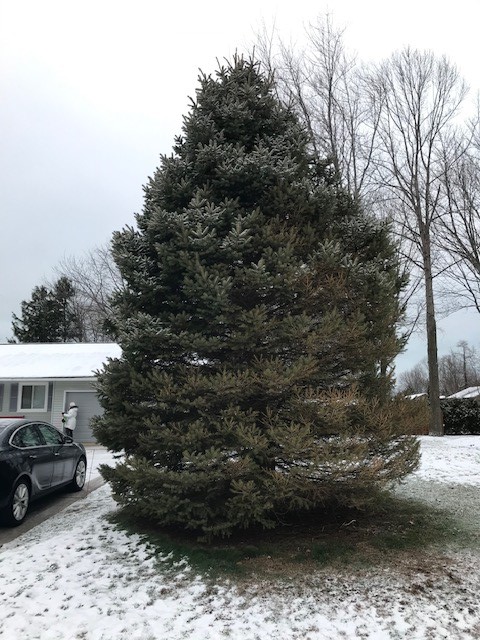 Many Blue Spruce,Picea pungens ‘Glauca’,are showing infestations of bagworm. Bagworms tend to blend in with other parts of the tree. 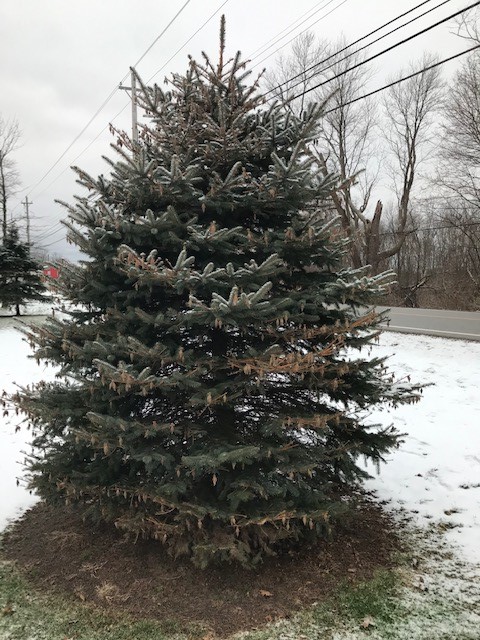 At first, it may look like a spruce or fir cone. 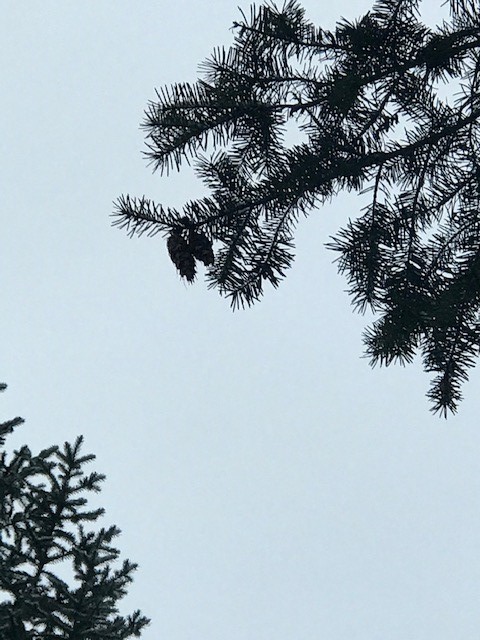 It can also look like Cooley Spruce Gall Adelgid. 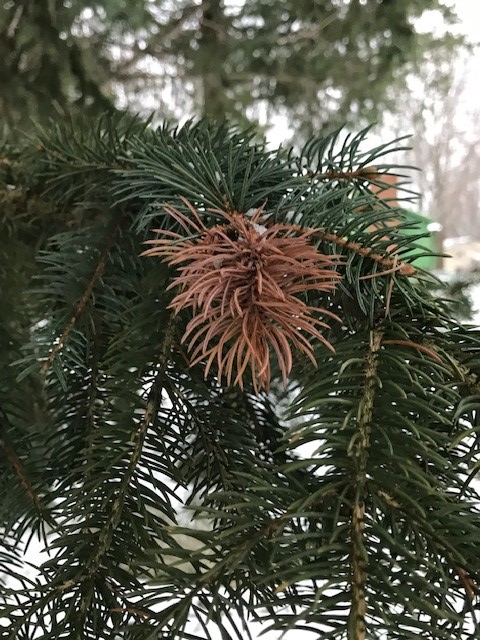 However, on close inspection, multiple bags may begin to appear, holding many eggs that will hatch in the spring and infest the tree the following spring. 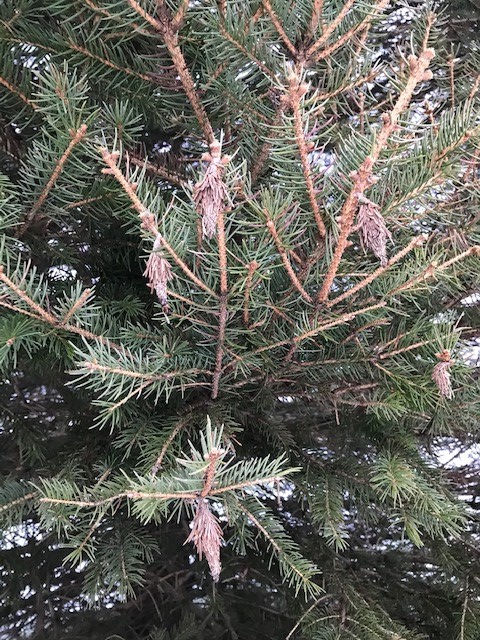 On conifers, especially junipers, arborvitae and spruces, the larvae can defoliate branches and even entire trees. The bags are surprisingly difficult to see when they are covered with fresh, green plant material. When this turns brown, homeowners often think that they are seeing cones of some sort. (Bagworm on the right, Douglas Fir cone on Left below) 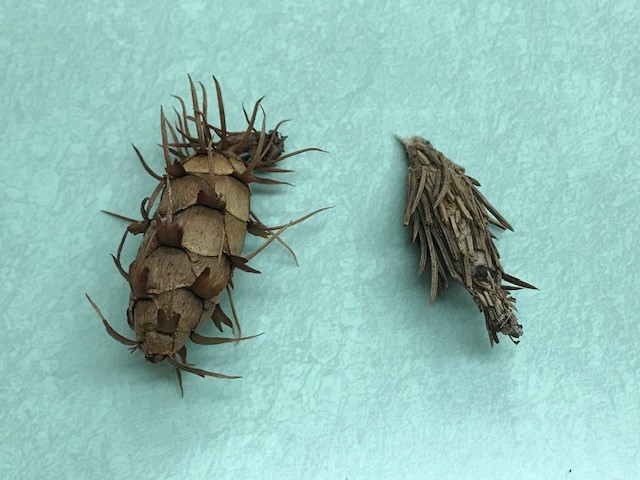 Bagworms overwinter as eggs. These eggs remain in the body of the mummified female and seem to be surrounded by some insulation-like material. 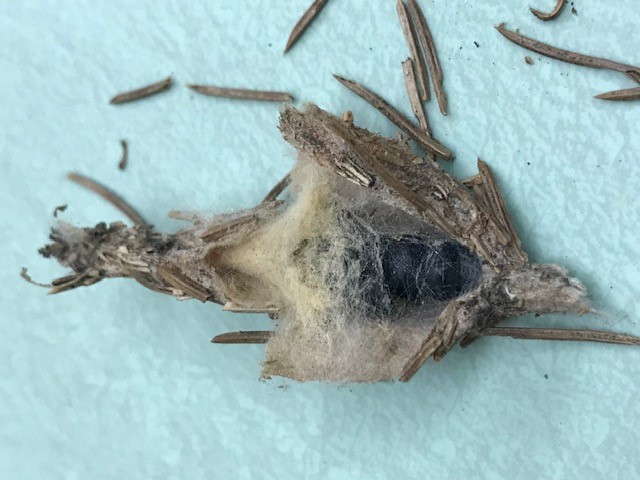 Fairly late in the spring, late May into early June, the eggs hatch and the tiny larvae emerge through a hole in the bottom of the bag. Each larva spins down on a strand of silk and attempts to balloon. Most of the larvae are unsuccessful and simply land on the plant on which their bag was attached. As soon as the larva lands on a suitable plant, it begins to feed and it makes a tiny cone-shaped silk bag.

The second instar larvae continue to enlarge their bags and continue sticking their frass pellets to the silk. After a week or two, the third instar larvae greatly enlarge their bags and begin to include bits and pieces of their plant’s foliage. The bags are also big enough at this time for the larvae to withdraw inside and hold the bag opening closed with their front legs. Since the bags are covered with fresh plant leaves, the bags are easily missed. The larvae continue feeding and enlarging their bags for about six to eight weeks.

It is always wise to remove bagworm bags when possible because the attachment silk loop can eventually girdle small branches of trees and shrubs. Bagworms are most easily controlled by removing bags in the fall and destroying them. In heavy populations, insecticides applied in mid- to late June are the most effective.

A great You-Tube video was produced by Dr. Dave Shetlar:

Colorado Blue Spruce in Ohio seem to be encountering more issues in the landscape. Whether the trees are suffering from stress or insect and/or disease pressure, they seem to be losing the battle more than winning. Bagworm can become a large problem and defoliate/weaken the tree. 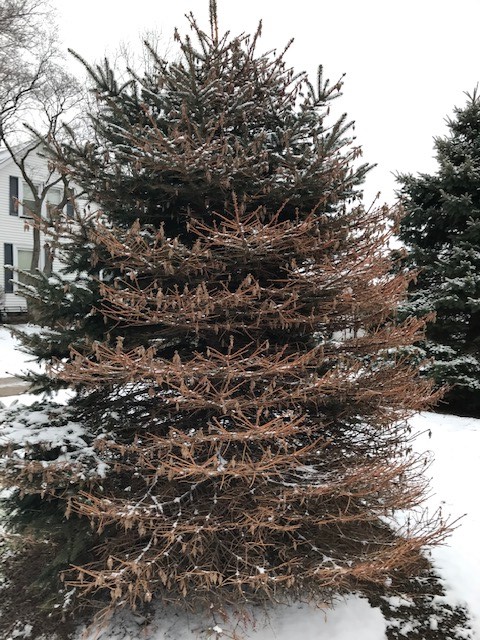 In addition, Coolly Spruce Gall Adelgid can cause some damage. Diseases likeRhizosphaera needle cast andCytospora canker can also invade a weakened a tree.

Bagworms can be found on deciduous and evergreens, although damage on evergreens can be more lethal since they defoliate the tree and they will not grow needles until the next year. Several years of defoliation can kill the tree. 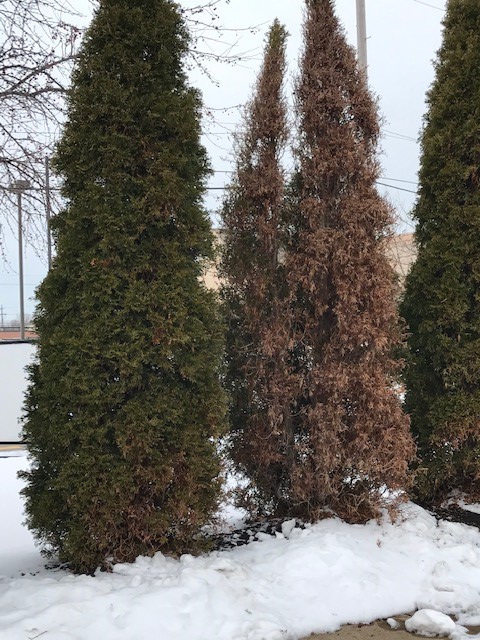 Other evergreen showing symptoms of bagworms were Arborvitae, Thuja occidentalis, 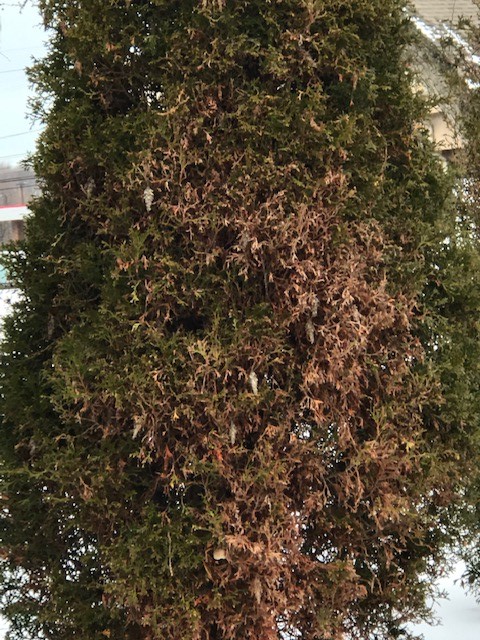 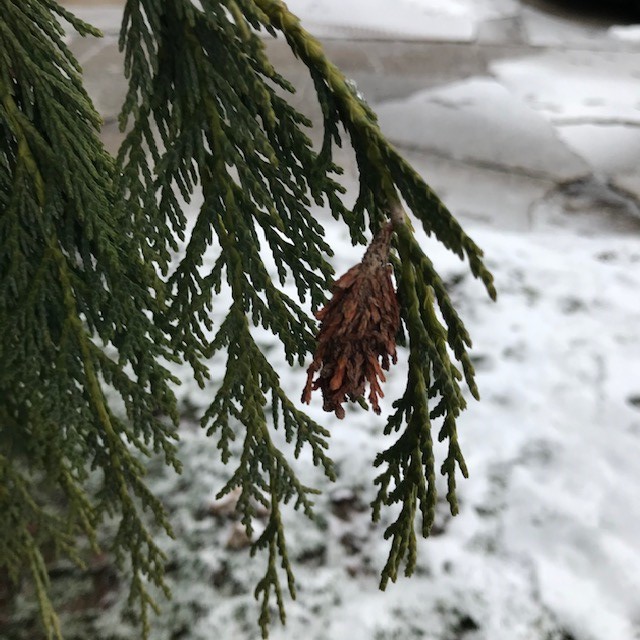 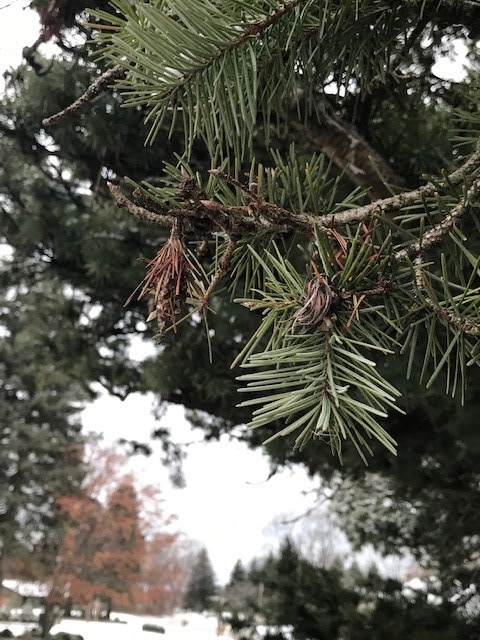 Now is a great time to get out and scout for bagworm. As mentioned, if only a couple of bags are observed, just remove them and burn them, unless the tree is too tall. Otherwise, contact insecticides will kill larvae during feeding, but systemic insecticides will be ingested at time of feeding and provide good control. Always consult the pesticide label and Happy Scouting!